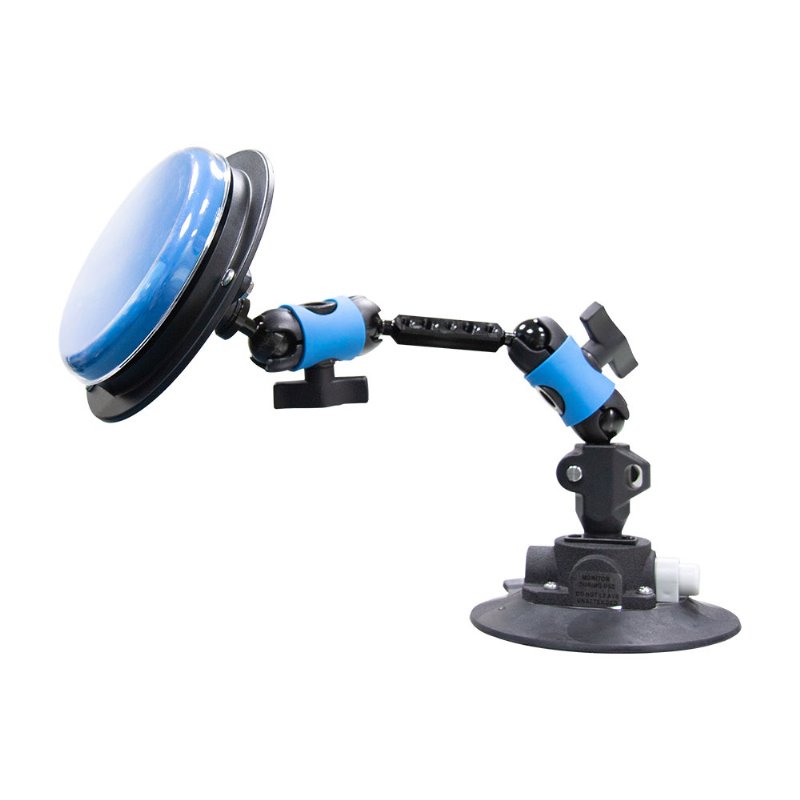 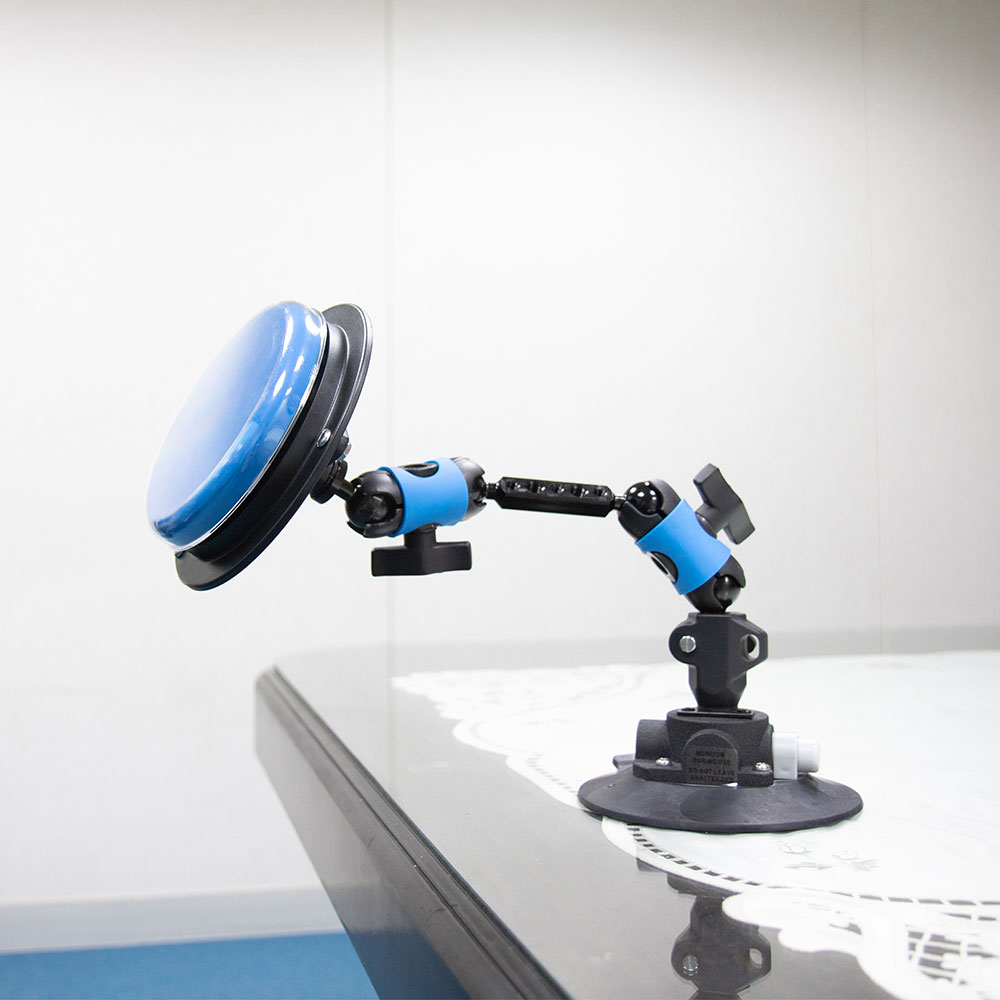 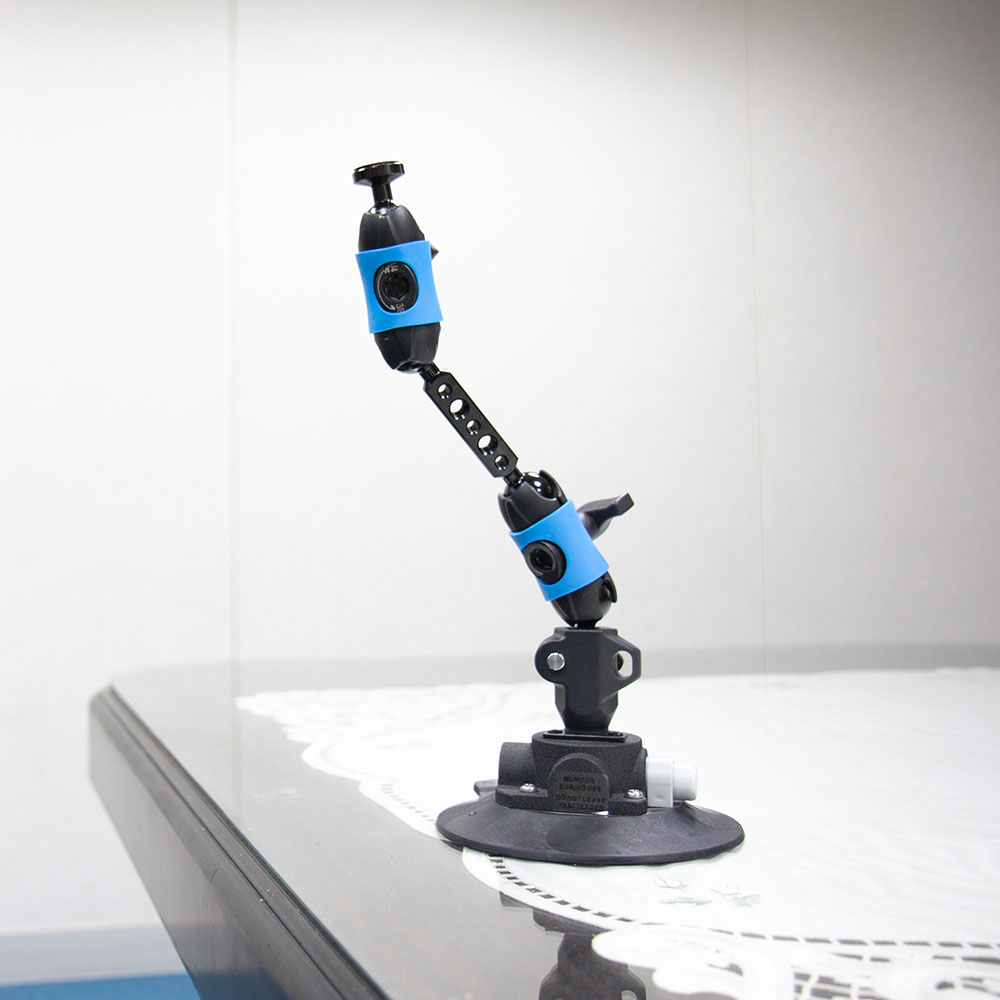 "This L size (9") Super Knuckle Arm has a ball head with 1/4"-20 female thread on one end that matches the universal mounting system of AbleNet switches. This arm is constructed by linking two S size arms with a 3” extension. The four ball heads of the arm allow users to adjust the mounted AAC switches to precise positions that suit their special needs. The extension arm has three 1/4"-20 and two 3/8"-16 female thread holes that allow for mounting devices using an additional Super Knuckle Arm. The other end of the arm has a ball head with a hex stud that connects to the Magic Suction Cup. This 6" suction cup provides a strong but removable grip on most flat nonporous surfaces, such as glass and metal. To attach the suction cup, pump the plunger until the red line is hidden. To remove the suction cup, simply pull the rubber tab at the edge of the suction cup to break the vacuum. The user-friendly suction cup is easily secured and removed efficiently from any nonporous flat surface. This set is an ideal solution to temporarily mounting an AbleNet switch or any equipment with 1/4"-20 male thread within a flexible 9" (22.8 cm) radius to a nonporous flat surface.

This set can also be used to create "homemade Velcro mounting board with ball head" (see the tutorial video on this page). Using this technique, all kinds of lightweight devices, such as AAC switches and joysticks, can be mounted via Velcro tapes onto a board. The user is then free to adjust the angle of the mount with the Super Knuckle Arm.